What a Wonderful World

Earlier this month we heard a story from one of our brokers that truly represented the power that trade has. Bob Heil from SLA Solutions contacted his broker, Maria Datillo CTB, thanking her for the information she gave him on Watson’s Chocolates and their policy on taking trade.

When Bob walked into Watson’s Chocolates, he discovered a four-foot chocolate bunny. He asked the workers about the bunny where they said that they were doing a drawing to give it away. So naturally, he gave them his contact information for the drawing. The worker behind the counter asked him what he would do with a four foot chocolate bunny should he win. Bob responded that he would probably donate it to his church and then asked the work what they would do with it. They replied that they would donate it to the Buffalo Children’s Hospital. Bob said that was the best idea he’d heard of and asked if they had another bunny to straight-out sell. The worker said they would make him one!

Once the bunny was made, Bob and his business partner, Appetit, a food delivery business, delivered the massive chocolate bunny to the Children’s Hospital. Bob said it was the most rewarding way to spend his trade and that it was Watson’s agreement to sell him another four-foot bunny on trade that precipitated their ability to make such a wonderful donation. 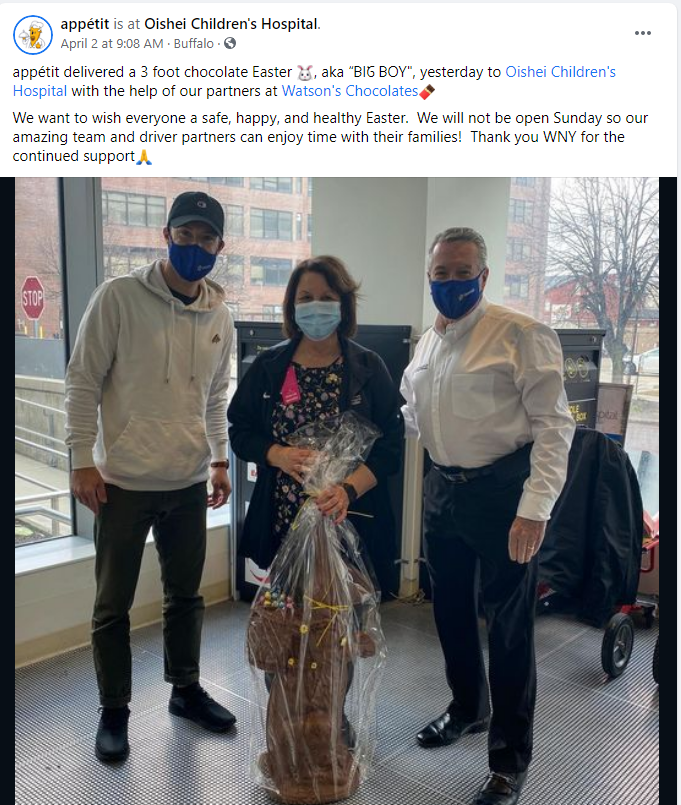 So, we challenge you, how could you use your trade to help your community?